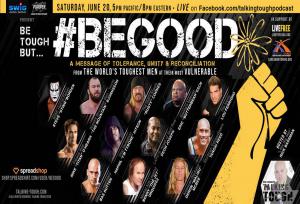 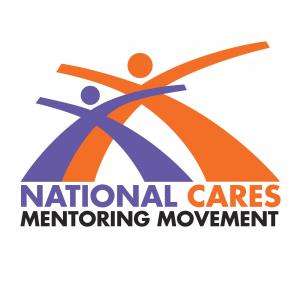 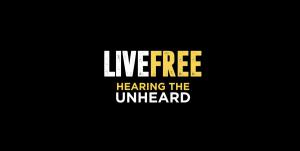 LOS ANGELES, CA, UNITED STATES, June 11, 2020 /EINPresswire.com/ — Former wrestler, promoter and podcaster Rick Bassman was chatting to legendary tough guys, such as Sting, Butterbean, The Hulk and Malibu. To Rick, they are Steve, Eric, Lou and Deron. At five feet, four inches, Rick was always the smallest guy in the ring, but he felt that together they could deliver a big message.

“With the Talking Tough podcasts, I wanted to see if these legendary tough guys could tell their stories, share what they had learned the hard way and help people better navigate their lives,” explained Bassman. After a life filled with ups, downs and twists that most reality series only dream of; Bassman fit easily into his role as a host who demands honesty. And one who with the inside stories and fortitude to ensure that truth is delivered.

When coronavirus and protests changed America; Rick and his fellow tough guys once again took stock. Arenas, gyms and stadiums were silent. But, the smallest guy in the (now-virtual) room once again delivered a message that resonated. “I was dumbstruck for way too long,” Said Bassman. “But eventually, it reached a tipping point and I decided I needed to get off my ass and do something.”

Rick asked his testosterone-heavy friends how they felt about a simple message of peace and positivity; delivered in the most straightforward way possible – #BEGOOD. He was shocked by the response. “They were all on board. And I think the shared hope among us is that when times are tough, it might also be a time when tough guys can cut through the static and be heard,” explained Rick.

To help deliver their message, Bassman reached out to Showrunner/Director Tim Prokop. Prokop has twice been nominated by the Writer's Guild for Best Documentary Screenplay. His credits include Deadliest Warrior, the top non-sports ever to air on Spike, as well as Untold Stories of the ER, Expeditions to the Edge and FantomWorks. “I was excited about the premise,” said Prokop. “And I view this as an opportunity to tell universal stories, because as big as these guys are – nothing came easy for them.”

After meeting with dozens of charities; Bassman and Prokop decided on two beneficiaries for the first ever #BeGood live online event. National Cares Mentoring Movement started after Hurricane Katrina and is dedicated to providing vulnerable youth the guidance, education and support they need to succeed. Reverend Michael McBride and LiveFreeUSA work tirelessly to bring equal justice and opportunity to communities who need it most.
Bassman didn’t expect the response they received. “The phone started ringing off the hook.” Says Bassman. “We hadn’t even announced it, but I started getting call, after call, after call.

Prokop feels that the simplicity of the event is also one of its greatest appeals. “We have positive themes and challenging questions but there will be surprises even for die-hard fans,” says Prokop. “Wrangling fifteen alpha males on a live, online stage is going to be an interesting challenge.”

It wasn’t only tough-guy-talent who answered the call. Public relations legend Michael Levine was one of the first to join up. Then, New York Jets and XFL social media wizard Rael Enteen decided to switch from contact sports to charities. Tech entrepreneur and producer Ivan Gulas, of Swig Media, joined the project and is empowering it with the with the latest state-of-the-art streaming capabilities.

“On June 20th – at 5pm – this live event will start,” Says Gulas. “It will be free on Facebook and on every major social media site in America and it will also stream live on the pages of any celebrity, influencer or fan who wants it. For people who want higher quality, we are setting up a donate-per-view portal on Purspek.com & Purspek Apps that will also be available after the event for anyone who missed it.”

The team are hopeful that #BeGood shirt sales will generate strong income. “Tanja Richter did an amazing design and our plan is to have our tough-guys wear the shirts to help sell them for charity,” says Bassman. “We have guys who are big. Guys who are built. And guys who are big and built. Thor Bjornsson – the Mountain from Game of Thrones and the former strongest man on the planet is part of this. For him – a 5XL T-shirt won’t cut it, so we’re still figuring that one out.”