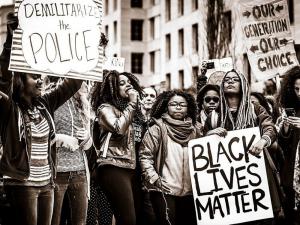 Tamils from the island of Sri Lanka, know all too well the pain of brutal and systemic racism

Tamils from the island of Sri Lanka, know all too well the pain of brutal and systemic racism, having suffered the same in Sri Lanka”
— Visivanathan Rudrakumaran

NEW YORK, USA, June 15, 2020 /EINPresswire.com/ — The Transnational Government of Tamil Eelam (TGTE), an Eelam Tamil diaspora enity advocating for justice for international crimes perpetrated against Tamils in Sri Lanka, stands in solidarity with peaceful protestors taking to the streets each day in the US to fight against police brutality and systemic racism against the Black community in the US. We condemn the brutal killing of George Floyd, an African-American man murdered by a white police officer.

Eelam Tamils, who are Tamils from the island of Sri Lanka, know all too well the pain of brutal and systemic racism, having suffered the same in Sri Lanka, at the hands of Sinhala Buddhist supremacists and supremacist institutions, ever since the independence of Ceylon (the island now known as Sri Lanka) from the British in 1948.

Eelam Tamils know what it feels like to demand fundamental rights decade after decade only to remain repressed. And Eelam Tamils know the courage and conviction it takes to say “Enough!” and take to the streets. Eelam Tamils did the same in the 1960s onwards in the wake of police brutality against Tamil students protesting discrimination in Sri Lanka. It was at this moment that the late Sri Lankan Federal Party parliamentarian Mr C Kathiravetpillai compared the racism in Sri Lanka with apartheid in South Africa and said that racism in Sri Lanka was not skin deep but rather soul deep.

Racism in that island has permeated all spheres of life including education at present. This has taken the form of standardization, which is a reverse form of affirmative action, in the area of employment through a ‘Sinhala Only’ Act, and colonization through land grabbing .The present government in Sri Lanka has just the past week embarked on a new and sophisticated form of land grabbing under the guise of archaeological and heritage management.

The same form of affliction of the soul referred to above exist in the US. Just as racism in the US traces back to the country’s formation, so too is the case in Sri Lanka. And just as racism in America is an injustice we still see today, so is the case in Sri Lanka. In 2017, Ben Emmerson, then the UN special rapporteur on the promotion and protection of human rights and fundamental freedoms, following a visit to Sri Lanka, noted that Sri Lanka’s Prevention of Terrorism Act (PTA) was being used “disproportionately against members of the Tamil community” and that Tamils in Sri Lanka had “borne the brunt of the state’s well-oiled torture apparatus.”

Freedom from discrimination is a fundamental right. The International Convention on the Elimination of All Forms of Racial Discrimination, passed by the United Nations General Assembly in 1965, notes, “…Universal Declaration of Human Rights proclaims that all human beings are born free and equal in dignity and that everyone is entitled to all the rights and freedoms set therein, without distinction of any kind In particular as to race, color or national origin…Resolved to adopt all necessary measures for speedy elimination racial discriminations in all its forms and manifestations…"

It has been more than 50 years since UN Member States adopted the International Convention on the Elimination of All Forms of Racial Discrimination. Yet, racism is rampant, pervasive, and entrenched in many countries, including the US. Racism in the US manifests not only in law enforcement but also in social services, such as public health and public housing, in the corporate business arena, and elsewhere. The disproportionate number of Black casualties due to Covid-19 illustrates this fact.

Where Sri Lanka and the US differ is in how the US remains as one of the few countries where peaceful protestors have successfully brought forth change, dating as far back as the country’s beginning. The Boston Tea Party spurred the American Revolution. Later, the 1960s civil rights movement bore the fruit of the Civil Rights Act of 1964. And the gay rights movement yielded changes in the brutal policing of the LGBTQI community in the 1960s and more recently brought about marriage equality.

The murder of George Floyd marks a tipping point in race relations in America. This inhuman act captured on cellphones has sparked protests all over the world. The youth, posting to TikTok, Snapchat, and Instagram, are the vanguard of these protests, just as they were in the 1960s. Here, we note with pride that the 2nd Generation Eelam Tamils in the US have been taking part in in today’s protests.

There have been signs that the ongoing protests could result in transformative change similar to some of the historic protests we named above. The kneeling by police officers along with protesters in some places is one such hopeful sign. Unfortunately, yesterday’s tragic Atlanta police shooting of another unarmed Black man amid these protests tempers this hope and demonstrates how difficult the task may prove to be. It is therefore imperative that members of Congress, police commissioners and all others in a position to facilitate the police conduct reforms being called for do so swiftly. Only taking action without further delay shows due respect to the urgency of protecting people’s lives. However, because racism is ingrained in American society, TGTE notes that real and lasting change cannot be realized via legal reform alone. Widespread change must also occur in the mindset of individuals.

TGTE, therefore, calls upon every person to undertake the self-reflection necessary to uncover unconscious biases, an act every individual can take without even leaving their home. Such action on the part of each person is fundamental to realizing the cultural shift long overdue.