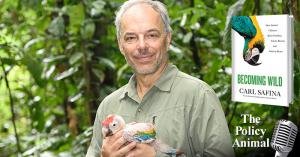 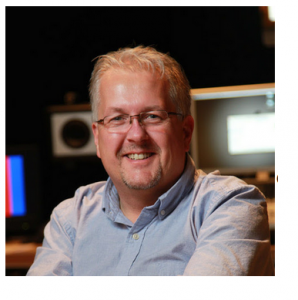 Carl Safina, founding president of the Safina Center and a professor holding the endowed chair for Nature and Humanity at Stony Brook University in New York state, is one of the world's leading ecologists focused on animal cognition and animal behavior. His latest book, Becoming Wild: How Animal Cultures Raise Families, Create Beauty, and Achieve Peace, is yet one more immense contribution from him to our understanding of the lives, feelings, and families of animals. With remarkable writing and story-telling, Safina introduces us to the cultures of animals – from the uniquely intense sound-making of the little-understood and seldom-seen sperm whales to the arresting beauty of Scarlett Macaws to the dramatic jockeying for power among male chimpanzees in their communities. Thanks to him, Donald Griffin, and other leading ecologists and ethologists, the long debate about whether animals have “intelligence” and the capacity to suffer is over. With his insights about the cultures of animals, he brings us a much more nuanced, richer understanding of animals and their remarkable capabilities and social relationships.

Safina is one of the most exacting of scientists. But his work doesn’t end with insight and observation about the members of the animal kingdom. It moves from there to the application of human understanding of the capacities of animals. Safina knows that humans must act as protectors and not persecutors of animals. His work sheds light on our understanding of animals partly to stir our humanity and to enable us to confidently work for the defense of animals and the conservation of their homes and habitats. In this interview with Safina, focused on his new book but drawing on his unparalleled body of scholarship and popular writing, we have the pleasure of listening to one of the great contemporary intellectuals in the realm of animal behavior and our human relationship with them.

Join us in listening to the episode by clicking here.

The Animal Wellness podcast is a regular segment that not only delivers timely information but offers insights and analysis you won’t hear anywhere else. We’ll offer in-depth discussions of local, state, or federal policy and elections, and the effects of laws and regulations on corporations. We hope you’ll listen today, and also check out a previous episode:

• The Bloodbath of Killing Contests

Marty Irby is the executive director at Animal Wellness Action. Irby worked in the United States House of Representatives for Congressman Ed Whitfield (R-KY) serving as Communications Director and Animal Protection and Agriculture Policy Advisor. He is a former president of the Tennessee Walking Horse Breeders' and Exhibitors' Association.

Joseph Grove is a freelance writer and six-time recipient of awards from the Society of Professional Journalists. His background also includes hosting a radio show called Jargon on WQMF FM in Louisville, Ky., and podcasts for Bisig Impact Group and Southern Gaming and Destinations.