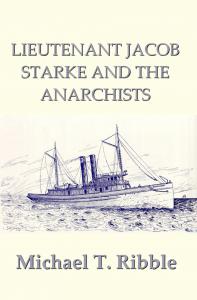 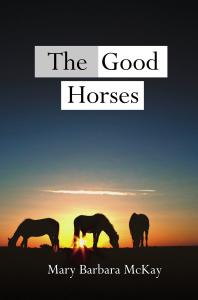 The Good Horses: How Horses Taught Me God’s Plan for My Life by Mary Barbara McKay 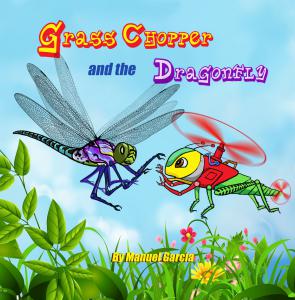 The Grass Chopper and the Firefly by Manuel Garcia

For readers looking for books to read by the camp fire, on the beach or curled up at home, here's Explore Authors Magazine's list of books to read this summer.

NEW YORK, NEW YORK, UNITED STATES, June 19, 2020 /EINPresswire.com/ — A pulsating, heart-pounding riveting thriller in Terry Hebert's, Winter of the Wolf. When Becca's car breaks down on a deserted mountain road, she must now take shelter in the forest with her dog Sadie. In the same area of the Rockies, Sadie's arrival at the cabin has gained the attention of an Alpha wolf and Becca is only an obstacle in his way. Now Becca must face her worst fears if they are going to survive this. A confrontation between woman and wolf is inevitable, but only one will be coming out alive. Available on Amazon, Barnes and Noble, and fine retailers everywhere. Yellow Rose Productions, ISBN 978-0-578-54625-4

Michael T. Ribble's enthralling Victorian-era sea stories, Lieutenant Jacob Starke and Calypso and it's 2020 follow up, Lieutenant Jacob Starke and the Anarchists is on sale now! The newly released sequel follows Lieutenant Starke and Calypso in a series beginning before the Spanish-America War when men and weapons were smuggled to Cuba from the United States. Despite broad public support for independence, two administrations attempted to enforce the law and avoid an unpredictable war involving European powers. High adventure and high sea drama, an absolute must-read. On sale now via Amazon, Barnes and Noble, and fine retailers everywhere. Apalachicola Publishing, ISBN 978-1-7330842-1-5 and ISBN 978-1-7330842-0-8

Seven Days in Lebanon by Eleanor Tremayne is a historical novel that uses true stories, told to Eleanor Tremayne, by her Grandmother. Olga VonEggert exiled from St. Petersburg, Russia in 1917 and married the last Prince of Kiva. Mrs. Tremayne is an award winning writer who currently is living at St. Augustine, Florida and is working on her fifth novel, High Tea With Ophelia, coming soon: November, 2020. Visit Eleanortremayne.org to see all Mrs. Tremayne's novels, and view book trailers on each of her novels. Scotoma Books Publishing, ISBN 978-1-7323245-1-0 Available exclusively on Amazon.

After the End: An Eye for an Eye by R.J Lynch – After the third great war, Finis Temporis, wiped out two-thirds of the world's population and ravaged the infrastructures that they lived by, everyone is now forced to live in the "after". Enter Rob Doran, who must investigate a series of killings only to discover there is more going on in his city and the world around him than meets the eye. An enjoyable post-apocalyptic suspense. Available exclusively on Amazon. Two Hands Media, ISBN 978-1-7345323-0-2

The Good Horses by Mary Barbara McKay differs from many horse books because it deals with simple daily events of the horses and their people and turns them into episodes of laughter, self-revelation, exploration and sometimes tears. The reader comes to know each horse as a friend. The horses' lives are a mirror of human life and of God's design for our lives. A lovely book and a must-read. Thoroughbred Books, ISBN 978-0-5786075-2-8

Edward Kenny's Lonesome Man on Hermit Hill is an exciting, lyrical and romantic story about hunger, starvation, imperialism, courage and the power of love to overcome all odds, all presented in verse. Read and discover the destiny of the Lonesome Man on a Hermit's Hill. Bluebird Publishing, ISBN 978-0578604862 available exclusively on Amazon.

Bluebird Songs by Edward Kenny is a sampling of lyrics and poems written by Edward Kenny. Although Ed has written many songs with several composers, the lyrics in this collection has not yet been set to music. The book categorizes the works into affairs of the heart, the mind, the spirit, the soul, history and society. Bluebird Publishing ISBN 978-0578501116 Available exclusively on Amazon.

In Bullets for Silverware, a young pharmacist must solve the mystery behind the disappearance of the pharmacist he was hired to replace after taking a job in a small rural town where he falls into a world of sex, drugs, guns, and deceit. For readers who love a good mystery. On sale now via Amazon, Barnes and Noble, and fine retailers everywhere. Pump Fake Press, ISBN 978-0-5786712-1-5

No Kings No Kooks–Confessions of a National Security Agent by Thomas Sarnicola offers a glimpse into the world of security clearance investigations for the federal government and military. The book is not only a reflection of the author's coming of age but describes some of his more interesting security clearance cases he investigated for over fifteen years. On sale now via Amazon, Barnes and Noble, Books-a-Million, and fine retailers everywhere. New York Press, ISBN 978-0-5786269-0-1

Anthony P. Mikle's gripping murder-suspense takes place in church in, Death at Saint Patrick's Cathedral, one of the most well-known churches in America. On the day before Easter, a murder has occurred. Now, it is up to Lieutenant Will Palmer to lead a team from the New York Police Dept, as they investigate the murder of a controversial, yet beloved Roman Catholic Priest. Amazon and fine retailers everywhere. APC Publishing, ISBN: 978-0-5784542-7-6

Society is falling apart in David Xu's politically-tinged drama, Redneck Dystopia. A fictional tale about a brutal socialist America beginning after the 2020 election. The three equal branches are destroyed, totalitarianism sets in, and the country splits as socialists run the nation with an iron grip. On sale now via Amazon, Barnes and Noble, Books-a-Million, and fine retailers everywhere. Mountain View Press, ISBN 978-0-9999035-1-3

The Maple Seed Helicopter by Marco Collina is a WWII era novel that follows three orphans who manage to escape an Italian orphanage and certain death at the hands of Nazis, settling into an idyllic life on the Italian countryside before an eventual journey to America, to start a new life. Triumphant, inspirational, and based on a true story. On sale now via Amazon, Barnes and Noble, and fine retailers everywhere. Mac Press, ISBN 978-0-5786519-4-1

The Grass Chopper is the first in a series of children's books by author Manuel Garcia. Follow Baby Grass Chopper on an exciting adventure where children learn about the types of mysterious insects living right in their own backyards. Your children will love this book and it's follow up, The Grass Chopper and the Firefly. Buy today! GWOG, ISBN 978-0-6920831-1-6