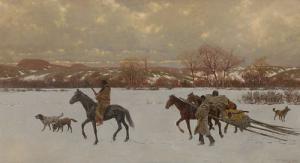 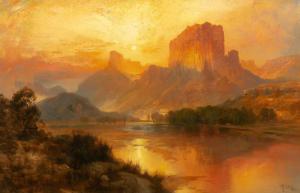 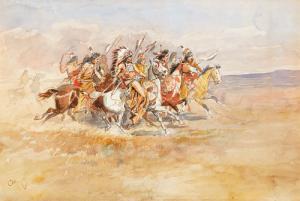 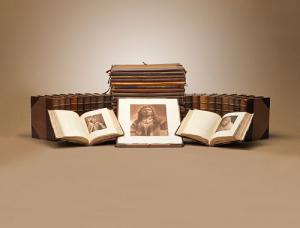 NEW YORK, NEW YORK, UNITED STATES, June 26, 2020 /EINPresswire.com/ — Every Western art lover's attention will turn toward the same place on July 25th, as The Coeur d'Alene Art Auction holds their 35th annual Fine Western & American Art auction from the Grand Sierra Resort in Reno. The catalog will include 264 selections of unparalleled quality, representing the most revered names the genre has to offer. Online bidding will only be available exclusively through Bidsquare (www.bidsquare.com).

Bidsquare, the exclusive online bidding platform for The Coeur d'Alene Art Auction for the fifth consecutive year, is prepared to get back in the saddle on auction day. Conveniently, the online buyers premium is the same as the floor bidders premium, an aspect that loosens the reigns and allows online buyers to bid without a moments hesitation. This year for the first time online bidders will be able to experience the excitement of the live auction room through live audio/video streaming. Bidders can participate with live bids online while watching the auction in the convenience of their own home.

[Henry Farny, Nomads, 1902; Estimate $1,500,000-2,500,000]
Museum-quality paintings will cross the block, headlined by a pair of masterpieces by Henry Farny and Thomas Moran. Nomads, by Henry Farny, is considered to be the finest example of the artist’s work. Farny only did a handful of large oils, which makes the painting a once-in-a-lifetime collecting opportunity. Estimated at $1,500,000-2,500,000, it comes from a private collection and has never been to auction.

[Edward S. Curtis; The North American Indian, Portfolios 1-20; and Vols. 1-20 (displayed above); Stickley Brothers, American Oak Book Cabinet; Estimate $1,500,000-2,500,000]
One of the most historically important lots ever featured at the Coeur d’Alene Art Auction will be offered with Edward Curtis’ The North American Indian, a significant portfolio of works cataloging every major Native American tribe west of the Mississippi. The lot, which includes Curtis’ personal American oak book cabinet designed to house the portfolio, carries a presale estimate of $1,500,000-2,500,000. The New York Herald hailed his study as “the most gigantic undertaking since the making of the King James edition of the Bible.” For its completion, the project required the assistance of a vast array of patrons – most notably, President Theodore Roosevelt (who wrote the foreword to The North American Indian) and famed financier J.P. Morgan – plus countless researchers, scientists, editors, master craftsmen, interpreters, tribal elders, and medicine men. Of the proposed 500 editions of The North American Indian, only 272 were realized – most of which remain in institutional collections.

Notes for the Editor
High resolution photos available on request.

About Bidsquare
Bidsquare is a curated platform where collectors can discover and bid on rare and authentic fine art, antiques and design from leading auction houses and dealers. Bidsquare is the destination for individuals and collectors seeking exceptional, one-of-a-kind pieces, with new, unique property added every day. Visit http://www.bidsquare.com to view all auctions.