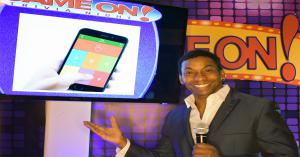 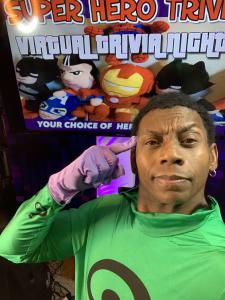 Riddle me this … How do you play Game On! trivia safely from anywhere? How To Play Game On! Virtual Trivia

NYC based Game On! Trivia has added weekly virtual game nights, play from your local bar or from home anywhere in the USA.

Playing Trivia has been the highlight of my week during the most difficult times of the pandemic, said one of the players who hadn't missed a single game. It also bonded her with her 11 years old.”
— Hellen Portnova

FRESH MEADOWS, NEW YORK, UNITED STATES, June 28, 2020 /EINPresswire.com/ — Finally, bars and restaurants are semi open, great! But what if what you're really craving is your weekly trivia night fix!

NYC based Game On! Trivia has you covered in two ways.

Order take out from your favorite bar and play Game On! Virtual online from home via zoom—from anywhere in the USA

Game On! Trivia, established over a decade ago by Mike Hope, is announcing a fully interactive virtual Game Show to Go! This Live Streaming Trivia game was born due to the pandemic as soon as it became impossible to play in bars.

We had always put streaming and digital answering as a second choice for shows because we loved the face-to-face interaction with players, the high fives and the I-love-you-man hugs! It turns out with creativity we can create the same connections and energy virtually!

The show has 4 rounds of questions that test players knowledge in everything from movies, literature, geography, music, pop culture and sports to mythology. Over the past three months themed trivia games included 80s-90s music, Superheroes, Action Movies, FRIENDS TV, Sci-Fi and more. At half time players are presented with an extra opportunity to win special prizes by answering fast finger questions. Themed trivia is played on Wednesdays and Super Trivia on Thursdays. Live host, Music and excitement and Prizes are sent by email for top scores!

Since its founding, Game On! Trivia has hosted over 10,000 games across Queens and Long Island in over 30 different locations. The virtual online version has evolved over the period of two months and can now host the same players that used to come to bars from the safety of their own living rooms.

"Playing Trivia has been the highlight of my week during the most difficult times of the pandemic" said one of the players who hadn't missed a single game. It also bonded her with her 11 years old daughter who became absolutely addicted to playing.

So, pick a team name, put an outfit (or sweatpants) on and check out www.gameshowtogo.com for game times and E- Tickets to play!

Play From Home, Have Some Fun, Win Great Prizes